What to Know about Speed Cameras in New York School Zones 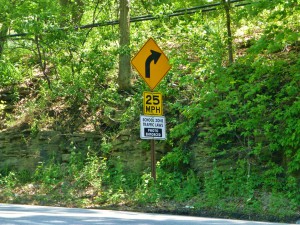 As local children went back to school this fall, New York City officials equipped school zones with speed cameras, which have radar to gauge the speed of vehicles passing by. And speed cameras arent just being installed in New York City; theyre making an appearance in cities and towns all over the state and across America. City officials in Albany began adding 120 new cameras last January, and theyve made appearances in school zones on Long Island and in Nassau County them as well. Most of the speed cameras are mounted on top of transportation department vehicles that sit in school zones on days that classes are in session. The state of New York plans to ramp up its school zone speed camera movement and add even more cameras to protect children in the years ahead.

Why Speed Cameras Are Installed

Speed cameras in school zones are one of the goals of the Mayor Bill de Blasios Vision Zero program, which is a program aimed at reducing traffic fatalities in New York City. Previously, former Mayor Michael Bloomberg started pushing for speed cameras during his term as well. "The last thing you want to worry about is a car speeding by and potentially endangering the lives of children," Mayor de Blasio said.

As with most driving violations in New York, speed camera fines in New York are expensive. Ultimately, the amount of the fine depends upon how many miles over the school zone speed limit a driver is going. If a driver was going 10 miles above the posted speed limit, he will likely be given a $300 fine, an $85 surcharge, and three points on his license. Drivers speeding more than 10 miles over the posted limit can face fines up to $600 and even the possibility of jail time.

But despite the best intentions, there have been many speed camera errors and lots of drivers have been falsely convicted of school zone speeding violations. For example, drivers in Nassau County wrongly accumulated $2.4 million in speed camera tickets at six school locations. The reason for these errors was that the cameras were catching drivers speeds during non-school days. The county declared amnesty for around 40,000 citations that involved drivers who have been issued tickets in July and August 2014. Despite these initial technical issues, the important thing to remember is to always watch for posted signs near schools and never speed through school zones. Not only will you be avoiding costly fines and penalties, but youll also be doing your part to keep New York kids safe.